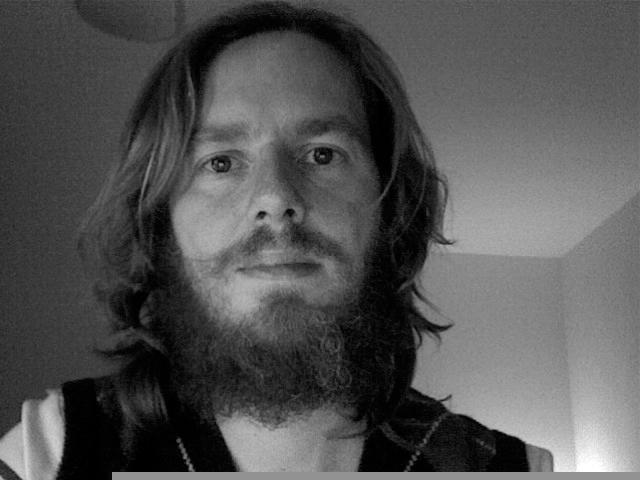 Gurprakash once taught us the most hideously tough kriya at the ANS ashram in France, but somehow he had us all laughing through it… and it ended up being a cinch. His dry wit is priceless, which you’ll know if you read his blog. As well as writing, teaching kundalini yoga, and making some pretty big life changes right now, Dutch-born Gurprakash and his guitar play a mean Aquarian Sadhana. Here he is…

HOW DID YOU GET INTO KUNDALINI YOGA, GURPRAKASH?

I was in a deep place at the time, at the bottom of something. I suddenly caught the reflection of myself mirrored in a window at night, outside of the building where I then worked. And the mirror image was reflected in another window. I was looking at infinite copies of myself, there, at that job. It was there and then that I had finally had enough. Shortly after that, I encountered a Cabalistic formula. ‘I now establish an umbilical cord to the divine energy, ensuring a constant glimmer of Light in my life, especially now that I am in this place of darkness.’ By reading this text, somehow I was pulled out. It soon became apparent to me how activating the navel point becomes the lifeline, how the ‘umbilical cord’ can tow one back to happiness. 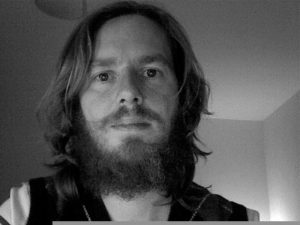 I remember first reading about kundalini yoga in a book about the afterlife when I was around twelve years old. In that book, it said that it was highly forbidden to open up the lower chakras. And, it warned, should the practitioner be so unwise as to attempt the opening of the lower energy centres, James Bond-like sexual scenes might ensue.

Undeterred (by cause of being naturally fearless) I moved ahead in my pubescent studies but stuck to books mostly, and then forgot about it for a long time while life happened.

The actual practice of kundalini yoga did not happen until I was nearing the end of my twenties. The practice has taken me deep into places of learning. Even though fortunately I have been spared from most James Bond-like sexual encounters.

When I started the practice, I was so taken by it that soon I left behind Amsterdam and went to live with my then teacher in Germany. After that, I returned to Amsterdam and lived like a monk. Which – really – is not what Amsterdam is for.

Then followed a yoga school in the south of France for a couple of years. I’m now on the way to divide my time between Portugal (Lisbon) and The Netherlands (Amsterdam), offering kundalini yoga teacher training for Amrit Nam Sarovar Netherlands and yoga retreats in Portugal. I have started the yoga company to facilitate these retreats and to share my expertise.

HOW HAS IT CHANGED YOUR LIFE?

It has changed my life in every conceivable way. It has changed what I read, who I hang out with, what I think, and even what I feel on a day to day basis. It has given me a much clearer sense of who I am. I would even go so far as to say that before I started the practice, I have been completely ignorant about who ‘I AM’. 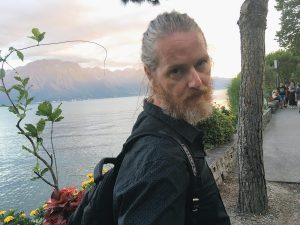 For the last eight months, I have been training for marathon running, and this has been my primary way to connect. Honestly, anything can be a yoga practice if you stay conscious of what you do. Now that the second marathon is done, I am very happily going back to more restorative practices and working more with the core again: navel point! The strength and balance are needed at this time, and my work is concentrated on the navel/heart connection.

My absolute favourite mantra is Aap Sahai Hoa Sachay Daa Sacha Doa, Har Har Har. It means: ‘The Creator has become my protector, the Truest of the True has taken care of me. Har is the primal name/sound of the Creator.’ I sing it often because it helps me move into the unknown with less fear. And I am rather literally on my way to the unknown these days, as I am planning to relocate to a country where I do not speak the language and do not know anybody. But hey, at least the sun will be shining.

WHAT’S BEEN THE MOST POWERFUL PRACTICE YOU’VE EVER DONE?

I once went on a personal retreat for 40 days that was quite intense: One meal a day. Total silence. 2.5 hours reading of the Siri Guru Granth Sahib (the holy book of the Sikhs) and for the yoga, I did a set called Kriya to Transform the Lower to the Higher Triangle, a notoriously hard kriya. But it was well worth it. After I went through all the many feelings of fear and sadness, I entered a deeper layer that was pure and utter joy. It lasted only for a couple of days, but I often remind myself of that, of what is possible, when I feel less than wholesome.

HAS ADOPTING YOUR SPIRITUAL NAME CHANGED YOU?

It has taught me to look at myself more objectively. The other thing is the meaning. My name is Gurprakash, so not: Guru, but Gur. Gur means practical technique, and this is what I am all about. It is a certain level of instruction that I am very comfortable with, which is very precise and very practical, devoid of the typical woo-woo of the Guru. Or rather, perhaps it is sometimes woo-woo, but I will always come back to a practical application. Then the second part is Prakash, which means splendour, manifestation, and also holds the notion of Akash, ether. So in one way my name is all about: how do I imprint the Akash in order to manifest. This is related to my creative core. I’ve learned much about this in the last few years. It is truly a magical process of giving attention in a certain way, and then just allowing things to unfold. I am even teaching a retreat about creative manifestation in the near future (9-15 July 2018) in Portugal called The Creative Connection. It is for people who want to delve into their own creativity more, do not know how to connect to their inner creator, or have an actual concrete project that they want to take the time to consciously align with.

FAVE QUOTE? ‘Between living and dreaming there is a third thing. Guess it.’ – Antonio Machado

YOU IN A TWEET… Where there are rules, there is no consciousness

TEACHER? Rely on the Inner Teacher Only(!)

Find Gurprakash’s teachings at heartfirstyoga.com, his musings at somehowtherulesdontapplytome.com, his recently published book about running at jelmarmanuel.com, his music recordings here.