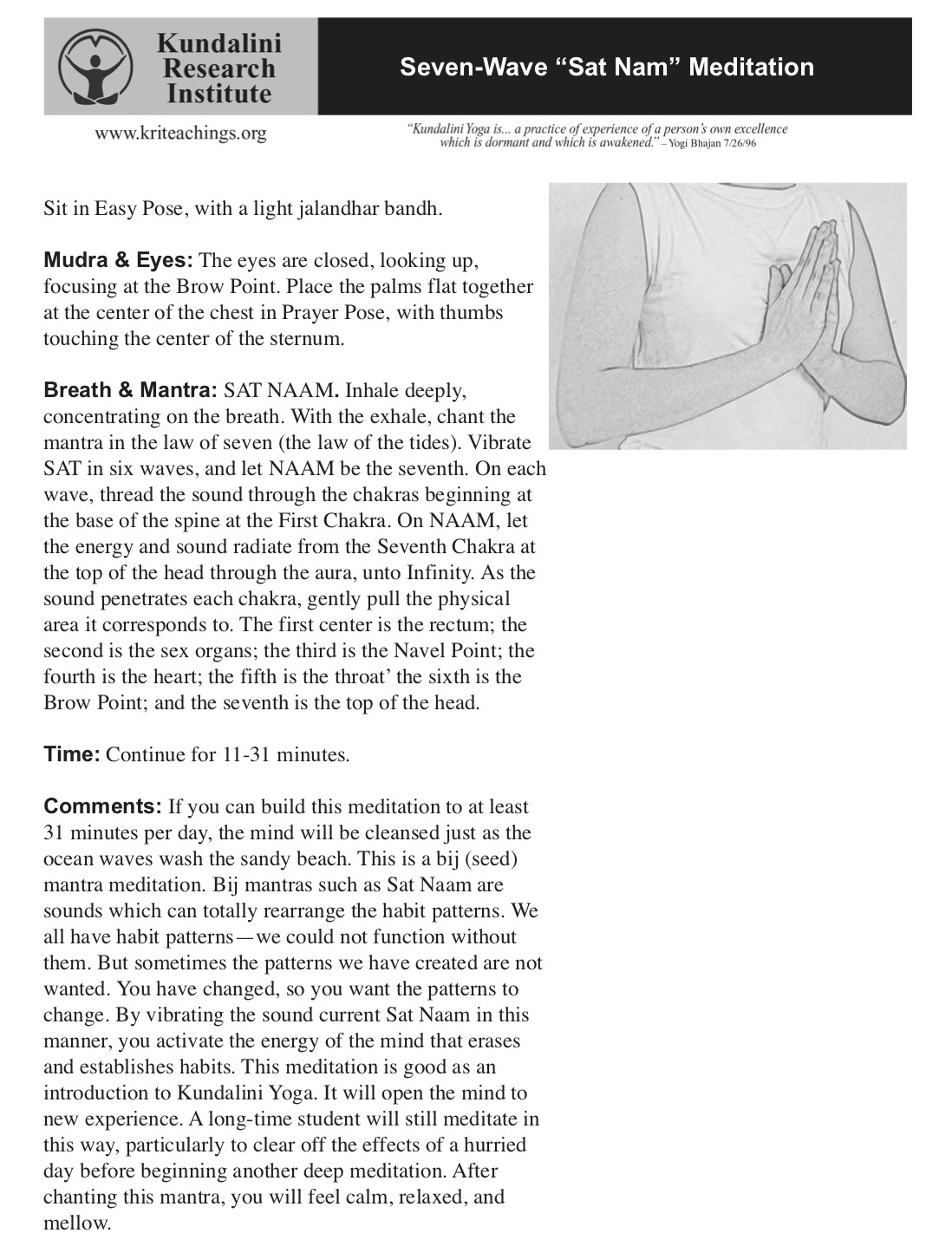 Six weeks of 31 minutes of the Seven Wave Sat Nam meditation has perhaps been the most difficult sadhana I have ever undertaken. Not because it’s a toughie. It’s actually beautifully simple and very enjoyable. But the challenges described in my previous post shook my daily practice to its core. BUT if ever there was a 40 day sadhana that could see me through these epic tidal waves, it’s the Seven Wave Sat Nam meditation.

Sound and the chakras

When we go back to the medieval tantras in India, Kundalini and sound are inherently interlinked. In some systems, the Kundalini is raised by manifesting resonance / naad / sound at each of the chakras until we reach the sahasrara – the thousand-petaled lotus at the crown of the head. This is exactly what we do with the Seven Wave Sat Nam meditation. We vibrate SAT NAM, our truth, through each of the energy centres until we reach the crown of the head. The proof of the pudding is in the flavour… this meditation raises the kundalini and afterwards I basked in that kundalini glow. I could have stayed there on my mat soaking it up all day, but hey, life…

So as many of us have been questioning the parampara / lineage of kundalini yoga. I was assured by my daily sadhana that there is nothing missing in my practice. It does exactly what it says on the tin. Kundalini yoga raises kundalini, and the Seven Wave Sat Nam meditation gives us a direct experience of it. THANK GODDESS!

Ps. in the comments, it says this meditation will make you feel relaxed, calm and mellow. Well, sometimes I felt so calm and mellow that I needed a nap afterwards! It’s a great one to do before bed.