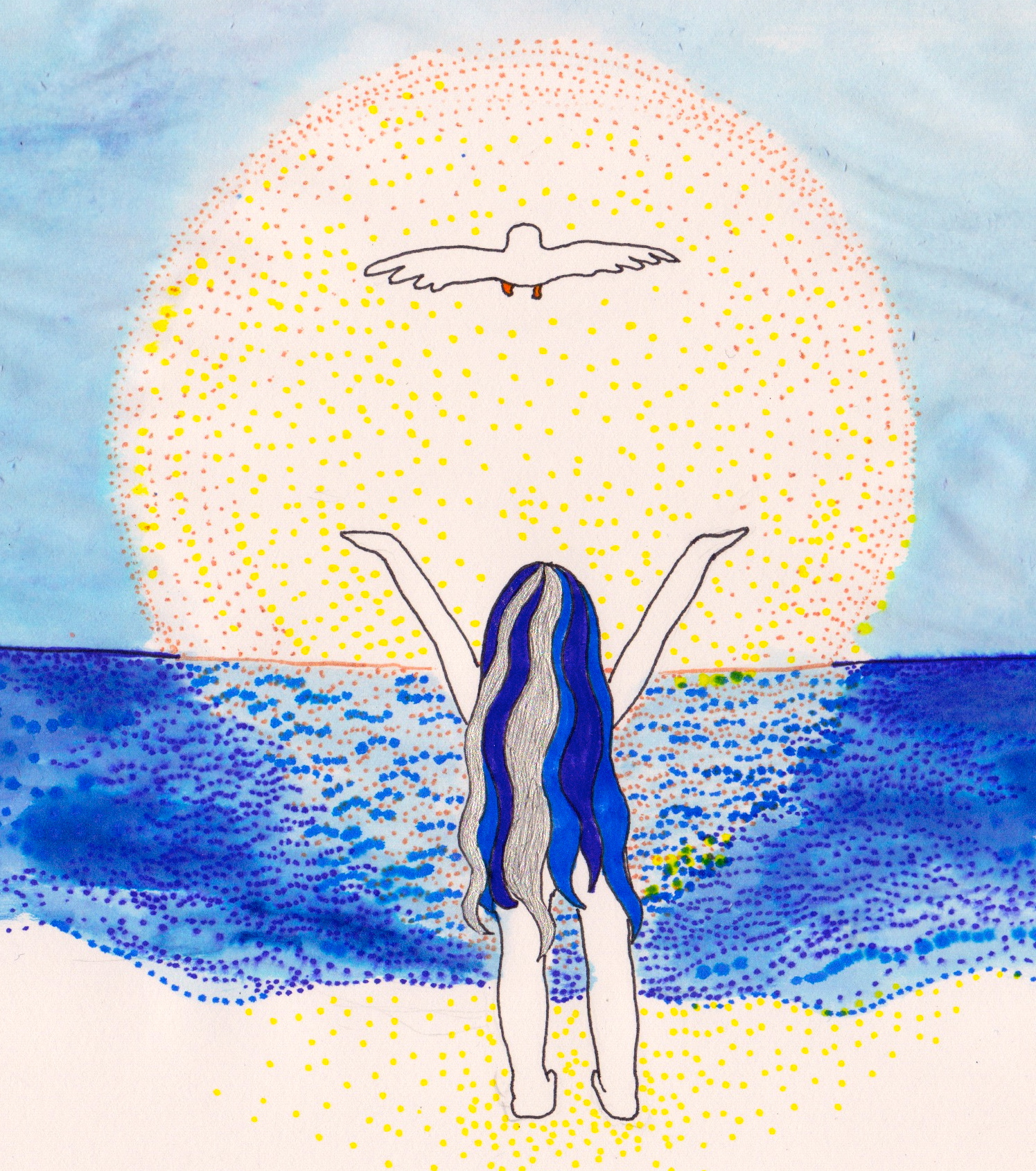 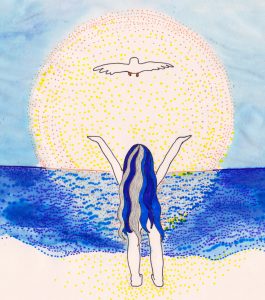 I was watching a beautiful film lately: On Yoga, The Architecture Of Peace, which is an exquisitely shot exploration into this sacred practice that has come to mean so many different things for so many of us. One of the themes the film broaches is how yoga prepares us for death. As well as learning to live, we must learn to die. In fact, our life is a sacred preparation for our death, for how we learn to let go of everything we’ve ever known, the ultimate lesson in non-attachment. The excerpt below from the KRI Level 2 Life Cycles & Lifestyles Study Guide, reminded me of this teaching, so I thought I’d share it…

“The shift from normal activities to death can be felt from 90 days up to a year before it happens, and there are three ways to die…

In a Karmic death, the deceased hasn’t finished their lessons in the present life and must be reincarnated to continue the process. It’s not a big deal. If we haven’t completed the job and learned the lessons this time. we come back again and again until it’s done. You may not incarnate in a human body or a physical body, or even here on this planet Earth. Many incarnations are as light bodies or among the myriad planes, places and planets throughout the universe. Guru Nanak described these as countless millions and millions of places beyond number. In each situation you continue your momentum and maturation. The human body, its physicality and complexity is a very treasured incarnation. It is both earned and given by grace. In it we have choice. We have a margin of energy and consciousness where we can be beautiful or ugly, wise or stupid, kind or vile, animal or human, radiant with the light of the Divine. Yogi Bhajan emphasized that at the moment of death (and what we go through as we approach our death) we have an opportunity to complete our karmas and project our self beyond them.

When an anxious student asked how to make the next incarnation better. Yogi Bhajan said it is automatic if we realise that we all transmigrate breath to breath according to our consciousness. On one breath we are an angel, on the next a snake, the next a pig, the next a human, and so on. Our path is a projection of our consciousness and our experienced relationship to the Infinite within us.

A liberated death is one in which the soul has finished its work. That person does not need to take another physical body and instead remains merged in the Infinite. Being free to stay in a state of realised merger, whether you call that nirvana, heaven, God, or the Infinite, is a goal of the spiritual life. It is neither a rejection of the body nor of living. In fact, certain souls who’ve complete their karmas choose to embody again for the benefit of others in service of God. These are the avatars and masters. Some remain in the fourth layer of the blue ether as portals to souls passing into the Infinite or those seeking guidance and blessings. You are free to come or go and it is your soul. not your ego that chooses; at that point you are you in your original self, satisfied and complete. Most souls feel the pull of their attachments, their unfulfilled intentions or their incomplete actions; they are not yet centered in their own subtlety as a soul and continue to be pulled back to this earthly plane. Ideally we reach this relationship of freedom and liberation. this jivanmukta – liberated life – in our lifetime. In this state, you do not react or cling to the usual boundaries; you act from compassion, love all, and share without limit. There is no threat to you because you are part of and united with All. You live in a diagonal flow, cutting through all the corners that the polarities of life try to put you in.

Accidental death is the exception to the law of destiny. During an instantaneous accidental death, such as a violent car crash, the soul, in shock and confusion, doesn’t have time to prepare for its departure. This can happen when the soul, for karmic reasons, has to be quickly transferred from one body into another. In these cases, the soul does not go through the purification of the ethers; it leaves the physical body through the Navel Point instead of the Crown Chakra and reincarnates straight into the fetus of a pregnant woman or other life form within 24 hours of death. There can be exceptions in accidental deaths. If the person’s consciousness is one with the Infinite. he or she may yet obtain liberation.”

“Accidental deaths are done or taken at that time when you have to be transformed into another body for a different time of karma which you have not been accounted for. Or within this lifetime you have created some karma through which human life has to be terminated at once. These are called red, hotline orders.” YB

(Suicide is not included here. I will return to that in a future post)