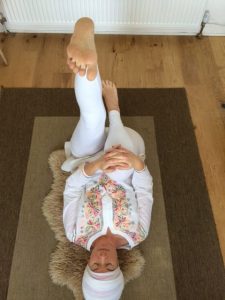 Nabhi kriya is an old friend that I turn to quite often. It’s such a powerful navel kriya, firing up focus and action like no other. So, as Nish and I are getting married soon, we decided we’d put a spring in our step with 40 days of short nabhi kriya. We used half times as we just wanted a mini boost rather than boarding a rocket to the moon!

As always, nabhi kriya tends to stir up anger for me. In the first few days of the 40-day journey, I found myself often in the middle of a nuclear explosion of rage. It was interesting for me to stay present with those magnificent blooms of fury, feeling the anger as well as observing it. I found that the only thing I could do to help myself process these intense feelings was to go for a walk in nature. I’d come back feeling restored and amazed at the power and strength of a kriya that has the capacity to ignite such force!

Anger in Sanskrit is ‘Khroda’. But where our contemporary culture can tend to see anger as a negative or difficult emotion that we’ll do our level best to avoid, the yogis considered ‘khroda’ to be action. It’s that hot flame of passion that pushes us from idea to action.

Nish and I have emerged from our six week journey with half-time short nabhi kriya as stunned and grateful as we always are. This kriya is fantastic – I am such a big fan! It might not deliver the spacey highs that many kriyas do, but it has such an incredible impact on how life manifests around you during the 40-day practice. And now onwards to the wedding… three weeks to go!