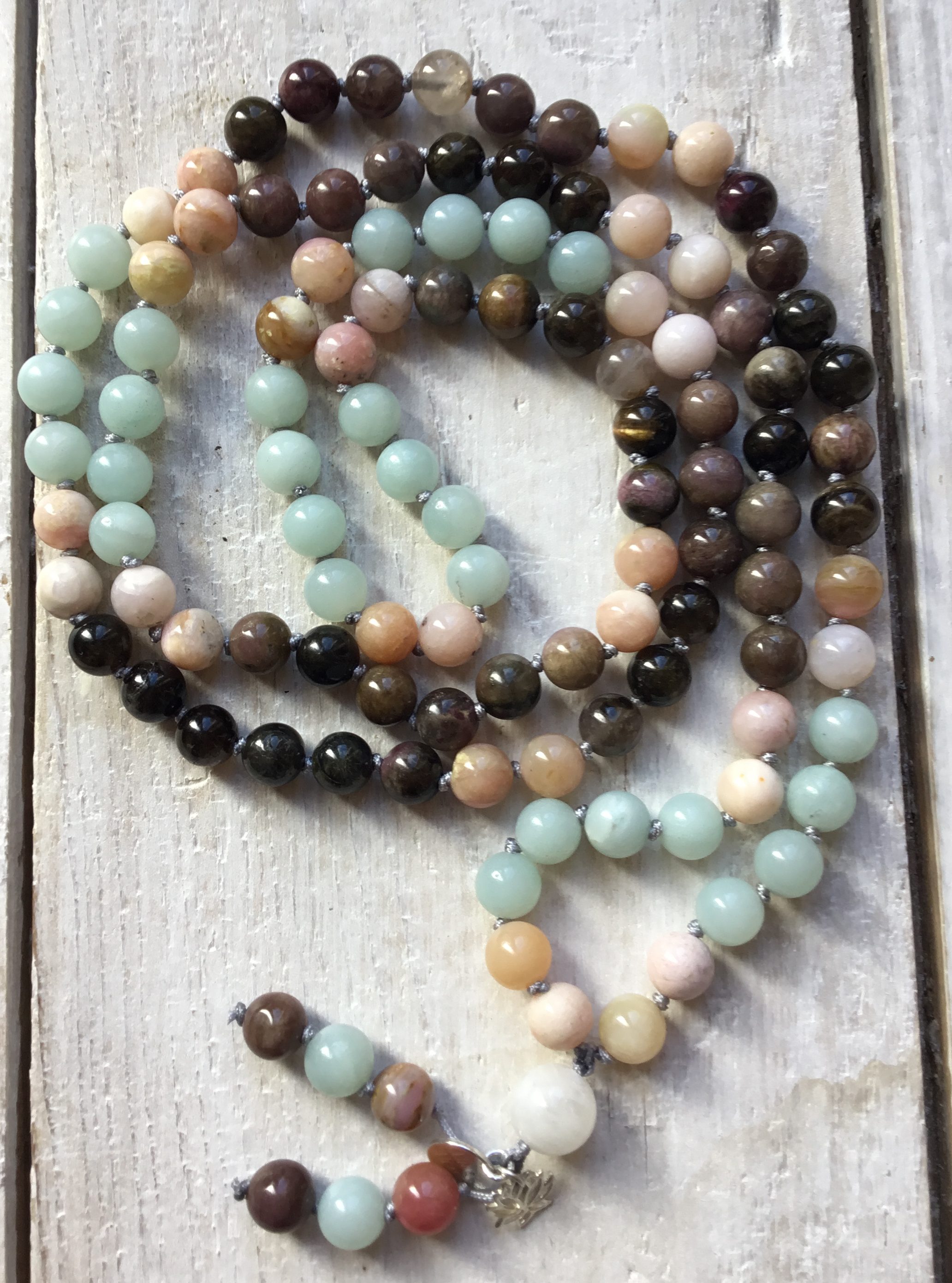 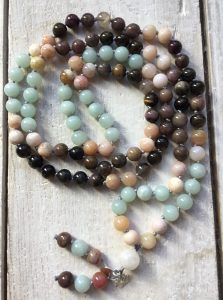 This year’s White Tantric Yoga was a big one. It stands apart from the eight or so others (not that I’m counting!) as one of the easiest (as in, least physically challenging), and also one of the deepest. Following White Tantric Yoga, I became really ill and was bed-ridden for nearly a week. I eventually emerged shiny and well, and feeling as if I’d shed a barrel-load of old, grotty stuff! But I digress…

Aside from the profound work that we do on a White Tantric Yoga day, one of the loveliest aspects of these events is seeing lots of old friends and meeting new ones. I bumped into the dear Teja Kaur – it’s always a pleasure for me to see her because we did most of our Level 2 Teacher Training together! She was draped in the most beautiful numerology malas, or meditation beads, which she had made herself using crystals and stones that resonated with her birthdate. 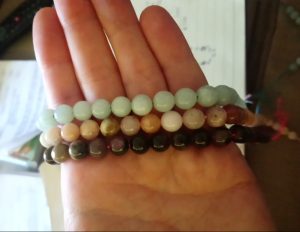 I decided to mark the occasion of this rather mammoth and hairy White Tantric Yoga by commissioning a precious numerology mala from Teja. I asked if she would do me the honour of creating one for me entirely from intuition based on my numbers, and told her my budget. A day or so later she came back with a picture of the beads – tourmaline, pink opal and amazonite! 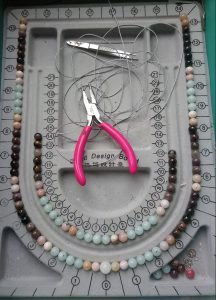 Not only does Teja create the mala through numerology and intuition, she also chants while setting the design and threading it. I asked if she would chant the Mahamrityunjaya Mantra (to conquer fear of dying) and kirtan kriya (in honour of my lengthy daily commitment). A few days later, it arrived in the post, not only zinging with the most beautiful crystal beads, but also charged to the max. It has been with me every day since for my kundalini yoga sadhana.

This process has been such a special one. It’s rare that I treat myself to this kind of treasure, and it felt like such an honour to have a beautiful string of meditation beads created especially for me. Thank you, Teja! 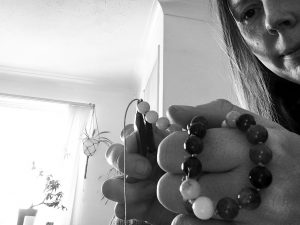 Teja Kaur is a kundalini yoga teacher and numerology mala maker based in Cornwall. Contact her on unityofheart@yahoo.co.uk for queries. Commissions start at £89… and for all the love and care that she pours into each creation, these meditation beads are priceless. For more information, head to www.malabeadsuk.co.uk